COP27: why decisions on climate change made at this summit affect you? 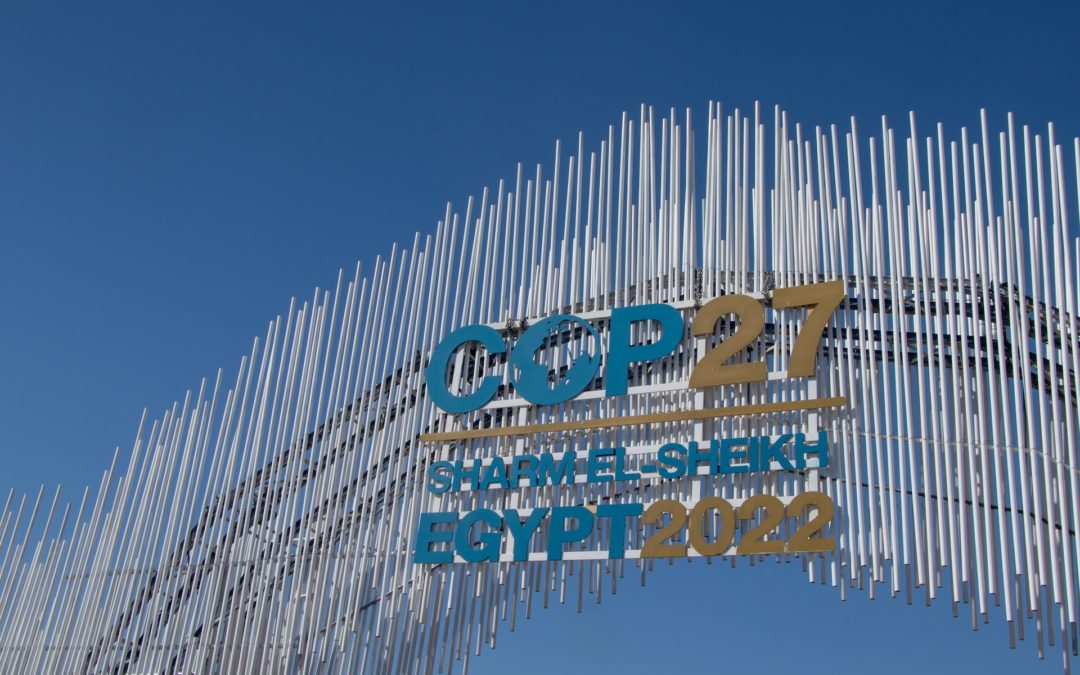 From November 6 to 20, the 27th Conference of the Parties took place in Sharm el Sheikh, where state leaders met in search of agreements against climate change and the definition of an action plan to deal with the challenges current. In this blog we reveal the conclusions about this conference and why this topic should interest you.

Climate change…I´ve heard about it, but why should I care?

Cyclical changes in the climate have always existed, this is one more: yes and no. For 100 thousand years there have been very considerable climatic changes and in a cyclical way. However, with the arrival of the Holocene, 10,000 years ago, the temperature on Earth stabilized, only varying its average temperature within a range of one degree Celsius. This facilitated the development of a stable and predictable planet. It is, in fact, the only period in which we can ensure that the development of human life can take place. However, human activities and the consequent increase in greenhouse gases in the atmosphere have made us leave the Holocene, entering the Anthropocene, an unprecedented situation, as can be seen in the graph below.

This time is characterized by an exponential increase in temperatures, as you can see in the graph below, extracted from documentation of the Intergovernmental Panel against Climate Change (IPCC).

The temperature rises, but it is colder in winter: the entry into the Anthropocene and the rise in temperatures have meant that we are at risk of completely destabilizing the Earth’s atmospheric processes and breaking their balance. It is precisely this imbalance that causes more extremes in temperatures, both in winter and summer. The graph shows the frequency of extreme events that would exist depending on potential future temperature increases.

It rains more, but there are more droughts: an increase in the Earth’s temperature also affects the temperature of the oceans. Since warm water occupies more, this carries a risk for all coastal areas that could be affected by the rise in sea level, and also has an impact on the progressive melting of the poles (whose decrease in surface area also reduces the capacity of the Earth to reflect solar radiation). However, what is not so immediate is the alteration of the water cycle: as there is more water vapor in the environment, more intense storms are produced. This can lead to heavy and frequent flooding, as well as the occurrence of hurricanes. In fact, events like Hurricane Sandy in 2012 are estimated to occur annually starting in 21001. But what about droughts? When there is an increase in temperature, a greater amount of water evaporates from the soil (again contributing to the destabilization of the water cycle). When it returns in the form of intense rains to the ground, the ground is not capable of absorbing this amount of water at this speed, which contributes to floods derived from these intense precipitations. In addition, due to other types of processes, the absorption capacity and quality of the soil is currently reduced This has several consequences, such as the lack of food security. To learn more about this topic, I recommend this documentary: “Kiss the Ground”.

Therefore, the problem of climate change is not only the increase in temperature, but also all the consequences derived from it and the imbalance that it implies in the ecosystemic services the Earth provides. For all these reasons, the temperature limit is set at 1.5ºC, which is what allows it to operate in a safe environment. However, it seems easy to overstep it.

And what has been decided at COP27? Are the agreements that have been made enough?

Currently, we are not doing enough reduce GHG emissions and stay within the limit of 1.5ºC of temperature increase. Although there are different opinions about the results of COP27, a fairly general feeling is that, although the 1.5ºC target set in the Paris Agreement and renewed at COP26 in Glasgow has been maintained, much more needs to be done. In particular, the countries that emit the most have not committed to eliminate fossil fuels, nor to establish new agreements to contribute to the mitigation of climate change2.

However, a positive point of COP27 is its support for the most vulnerable countries, focusing the discourse on climate justice. Indeed, the harshest consequences of climate change end up being suffered by those countries that contribute the least to it and are more vulnerable. In fact, according to the 2018 Lancet Countdown Report, it is estimated that there could be one billion climate migrants.

Every tenth of a degree counts. The consequences of not acting and even temporarily exceeding this limit of 1.5ºC can lead to severe risks, some of which may be irreversible, according to the latest IPCC report. Globally and in a coordinated way, we have to adapt to these new circumstances, but also mitigate the future consequences of climate change. However, these mitigation and adaptation actions can only be applied at the local level. To give you some ideas of what can be done, I recommend a project we are working on at CARTIF, as well as provide additional references.

How does CARTIF contribute to the fight against climate change?

At CARTIF, especially from the Energy and Climate Policies area, we work on the development of models (at different scales), tools and solutions to analyze climate change and propose adaptation and mitigation solutions. In particular, in the RethinkAction project (GA 101037104) coordinated by CARTIF, we will develop an integrated evaluation platform to simulate and evaluate adaptation and mitigation solutions based on land uses. This analysis will be carried out both at a local, European and global level, as well as over time, which will allow both the general public and those in charge of making decisions to better understand the impact of its application. To do this, we will develop system dynamics models that we will apply both in the 6 case studies (representative examples of the impacts of climate change), and at a European and global level, and we will rely on georeferenced satellite information.

If you want more information…

I propose the consultation of three sources.

1. First of all, the most relevant documentation is that generated by the United Nations Intergovernmental Panel on Climate Change (IPCC), where reports are periodically generated to assess the climate change situation, focusing on various areas. In particular in the latest report they focus on the impacts of climate change, adaptation and vulnerability.

2. Secondly, I suggest the simulator of the EN-ROADS tool, developed by CLIMATE INTERACTIVE and MIT to analyse future scenarios and the consequences on temperature depending on the policies applied in various fields such as energy, transport, etc. .

3. Finally, it is worth highlighting the work of the Stockholm Resilience Center and the research orchestrated by Johan Rockström. These experts have analysed certain limits (planetary limits) in a series of areas that should be respected (see image below). They are points of no return where, once passed, we could not go back and they would cause the functioning of the earth to get out of control. As can be seen, many of them are related to climate change, but also to the pollution we generate, the use of water, etc.

In addition to being able to consult the scientific articles where this theory is exposed (here I leave an article), I recommend viewing the documentary that they have made about it, called “Breaking boundaries: The Science of Our Planet”. According to the documentary, the main message is hopeful: we still have time. It also highlights four main lines of action:

While many decisions should be made at a higher policy level, how can you use your voice, your vote, and your choices to contribute to this fight?

Your world depends on it.

2 Statement by President von der Leyen on the outcome of COP27 https://ec.europa.eu/commission/presscorner/detail/en/STATEMENT_22_7043

Gema Hernández
MSc Architecture. Researcher in the Energy Department, within the Energy Efficiency and Energy Climate Policiy areas. RethinkAction project coordinator. Her lines of research focus on the generation of decision-making tools at different scales that facilitate the eneregy transition, and mitigation and adaptation to climate change.