We say goodbye to mySMARTLife 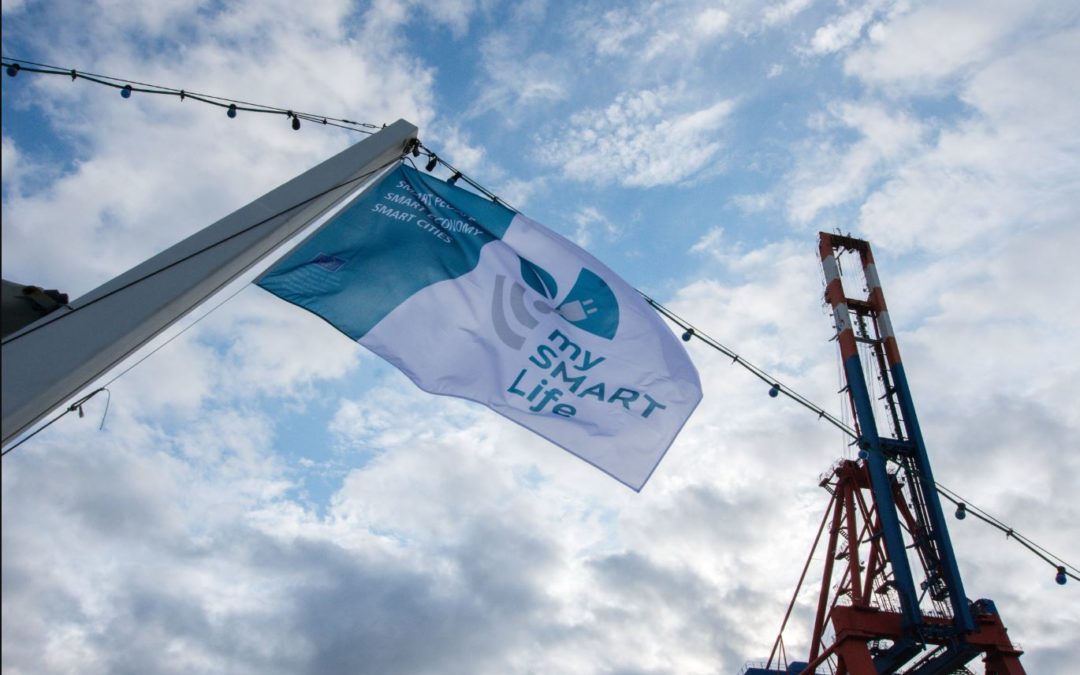 The closing process of a successful project, executed for 7 years continuously (60 months of implementation and almost a year of preparation), always carries a bittersweet feeling.

On the one hand, there is the satisfaction of having achieved the objective, which is none other than reaching the major energy and environmental impacts committed to. On the other hand, in the case of mySMARTLife, where the main beneficiaries are the citizens, this feeling of satisfaction is even greater. But it is also true that there is a certain feeling of melancholy, especially related to the foreseeable lack of contact with the many people from organisations in different countries who have accompanied you throughout this process. It is something like being relieved, happy and satisfied, but at the same time a little sad at having to say goodbye to colleagues and friends with whom it will not be so easy to keep in touch due to the distance. Something difficult to explain, but I’m sure many of you who read this blog have experienced it at some point.

After a few days in which CARTIF has managed to recover from the tremendous effort required to close our mySMARTLife project, as the famous song by Mecano (so appropriate for these dates) says, it is time to take stock of the good and the bad.

mySMARTLife was a project that involved three cities of the size of Nantes in France, Hamburg in Germany and Helsinki in Finland, surrounded by strong innovation ecosystems, which committed to improve energy efficiency by 55% in three districts and to cover the remaining energy demand with at least 54% from renewable energy sources. In addition, they also committed to a massive deployment of electro-mobility actions and to improve and strengthen existing data acquisition and decision-making platforms in the three cities. To this end, the project undertook to design, implement and evaluate 140 actions, which have already been successfully implemented and have leveraged more than 200 million euros of investment, receiving close to 18 million euros of funding from the European Commission under the Horizon 2020 programme.

CARTIF congratulates itself for having fulfilled this ambitious commitment. The numbers, which are usually cold, in this case allow us to certify the resounding success of the project.

This overwhelming success is further complemented by the three energy transition plans in the follower cities, which are already underway, starting the implementation phase of the actions studied in many cases. Such as the district heating in Palencia, the city closest to us, which is already in its implementation phase. As said before, the numbers in this case do reflect the achievements of the 6 cities accompanied by the rest of the project partners.

Before closing mySMARTLife, I would like to mention or highlight some of the most emblematic or innovative actions. In Helsinki, a 3D Energy Atlas was developed to help plan solar actions throughout the city. In Hamburg, hydrogen (H2) was injected into a gas network. For several days, up to 40% hydrogen was injected into the grid. In Nantes, 22 electric buses with a length of 24 metres and a capacity of 150 passengers were designed and deployed. In Hamburg, in addition to deploying 80 electric buses, a complete electrification of a bus depot station for recharging, mainly at night, was carried out. Finally, two electric mini-buses were piloted for the first time in France or Finland under autonomous driving in real traffic conditions. These are just a few examples of the actions deployed by mySMARTLife.

But as in CARTIF we do not take even a minute of rest, we are ready to start new adventures. On the 31st of January, 1st and 2nd of February we start NEUTRALPATH, a project around the theme of Positive Energy Clean Districts, in which we will work with the cities of Zaragoza, Dresden, Istanbul, Vantaa and Ghent. But this will be the subject of a future blog. Stay tuned…