The next step of our cities: the climate neutrality 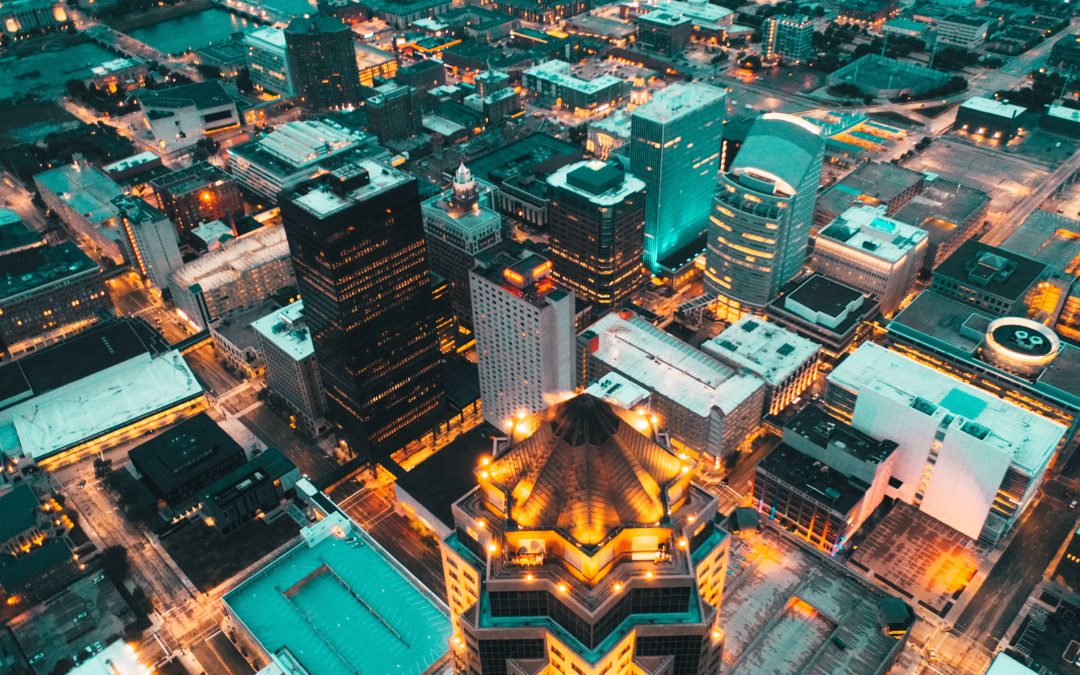 As a Technology Centre devoted to R&D&I and at the head of projects whose main goal is the innovation, in CARTIF we have been active in the clear evolution of the challenges or objectives that the European Commission has set to our cities and urban environments.

During this journey, our cities have transitioned over different concepts or topics from which we can highlight the next ones: they have been asked to be efficient, be smart, be circular, develop districts with positive energy balance and, more recently, to be climate neutral.

In this post, we intend to put in order all this evolution and clarify the reasons for all these ambitious objectives.

The beginning: near zero-energy buildings, districts and urban areas

The departure of our trip started with the last calls of the 7th EU Innovation Framework Programme (known as FP7). During this period, in between 2010 and 2013, the Commission recognised in their policies as the Directive 20/20/20, the EPBD or through the decisive impetus to support successful initiatives such as the Covenant of Mayors, that the European cities, being huge consumers of energy, could help to alleviate, mitigate and even compensate, the growing energy needs that the member states were suffering.

This high and increasing need of energy supply was mainly due to daily direct or indirect business activities developed in the cities and began to raise a clear problem of stability of the European energy system, highly dependent of a fossil-based energy generation, increasingly exhausted and expensive, as well as highly polluting.

The EU innovation programmes were of course not disconnected to this problematic. Among the main objectives of those, in that moment incipient calls, some new urban transformation projects where launched. The Commission challenged us to make the buildings of our cities more efficient and smarter, to use clean energy sources and also, to work on the energy systems preferably at a district scale, considering a district or neighbourhood as the perfect representative of a fully functional urban unit and the perfect environment for the implementation of a range of solutions capable to provide a higher impact. And finally, to reach these objectives in a reasonable but short period of time.

These incipient calls for innovation projects were complemented with regulatory aspects, such as the request of individual metering systems of energy consumption to promote energy savings in common energy systems or the need of implement digital systems in the construction sector (such as BIM technology) with the objective of reaching a more efficient and error-free construction process (first in public buildings and later in the rest). These concrete measures tried to accompany, as enablers, the necessary transformation of the construction sector, the energy sector and therefore our districts and cities, increasing the low renovation rate. With regards to smart and efficient mobility, incipient projects promoting the electro-mobility or intelligent transport systems in urban areas completed these firsts (and certainly far now in time) initiatives.

The next step: urban regeneration and renaturing

The next stop of our journey met with the beginning of the recently finished innovation framework programme, the very well-known Horizon2020 or H2020, operational since 2013 and that called for projects until 2020. Although several projects are still in its full execution regime, there will be no more calls for projects under this programme. The Commission continued this process through the whole H2020, emphasizing the need to deploy large-scale pilot projects in a more systematic and holistic way of transformation: the so-called urban regeneration and lighthouse projects approach. These projects meant a real (r)evolution due to the need to avoid working in silos, integrate different stakeholders of the local innovation ecosystems around the cities and with a clear leadership of the municipalities and of not from the industry providers. Therefore, the integration of solutions belonging to different economic sectors, such as the retrofitting of the built stock, efficient new construction, clean energy systems, ICT solutions (including urban decision-support platforms), electro-mobility, new governance models and urban planning strategies were promoted in these projects. To meet such ambitious goals, the municipal leadership in this process in co-creation with the citizens was absolutely essential.

Obviously, this clear “jump” towards a holistic urban regeneration concept led to more systemic and ambitious projects, in a public-private financial scheme tailored to the local business ecosystem when possible and with the objective to be potentially scalable and replicable at different contexts but always with the main focus on the benefit of the citizens.

Moreover, the European Commission also raised us the need of returning the nature to our urban environments, as a main element to create healthier and more friendly urban spaces for the citizens, improving their life quality direct and indirectly as well as their perception of their urban environment.

The penultimate step in the way: positive energy districts

A new twist of the screw to this concept of urban transformation came up in the last calls of H2020. The design and deployment of the so-called positive energy districts (PED). These initiatives, that started in 2018 towards 2020, were more specific, proposed us to transform existing districts or complete neighbourhoods in urban units that generate an energy surplus in its annual balance. This means that after balancing the energy flows between exported and imported energy from and to the district in a complete annual basis, our district should consume less energy of the one it generates. The underlying objective under this incipient, ambitious and ground-breaking concept is to implement this PED concept in the neighbourhoods that have a better potential of implementing fossil-fuel free clean energt systems and, therefore, reducing drastically the global energy needs of the city. Thus, this surplus of some PEDs in a city could compensate other neighbourhoods in which, because of their characteristics, a high level of energy reduction is not feasible.

This simple-to-explain but extremely-complex-to-implement concept requires the deployment of innovative business models, such as the energy communities, to ensure that the surplus of energy is managed and shared among the different actors involved, that can range from individual owners or tenants of residential buildings to large companies owning big shopping malls or offices buildings. This model has to face difficulties, not only due to technical requirements but also due to the existing local, regional or national normative or regulation.

All these projects have enabled our cities to reach a first and important stage in the process of transformation of our cities, generating a huge amount of experiences both positive and lessons learned.

Particularly focused on CARTIF experiences, we could highlight the case of Valladolid, Spain. CARTIF has successfully accompanied Valladolid in this transition, through the deployment of a relevant number of innovation projects already in place. Projects such as R2CITIES, CITyFiED, REMOURBAN and UrbanGreenUp have transformed our city and province.

In Valladolid, the journey started with several buildings of the Cuatro de Marzo neighbourhood that were energy retrofitted. The trip continued with the FASA district that benefitted from a complete regeneration accompanied by the deployment of multiple mobility actions across all the city (45 electric vehicles, 22 recharging points, 5 electric buses). This trip was complemented by the renaturing of diverse urban spaces that they are still on the move across the whole city area. A parallel trip was carried out in the Torrelago neighbourhood in Laguna de Duero, a very close to Valladolid village, that was transformed into a more efficient and sustainable, being also in their moment, the biggest energy retrofitting intervention in Europe.

The last and definitive challenge: the climate neutrality

However, despite providing great individual results, all this (r)evolution hasn´t been enough to cope the most important challenge we have faced in our existence as human beings: the strong need to mitigate the effects of climate change. It is necessary a second twist of screw to deal with it with decision and optimism.

In line with the recent approved Green Deal in which the European Commission established as an objective for Europe to be the first climate neutral continent in 2050, our cities have to progress on the same way to be climate neutral. But, with their exemplary power and potential, they have to be as soon as they can.

The Missions are multi-disciplinary actions launched with the aim of reaching an ambitious and at the same time quantifiable objective (the mission). Moreover, they have to be deployed in a specific timeframe and with the final goal of achieving a big impact in the society. Inside the 5 missions recently launched by the European Commission, it appears the Climate Neutral and Smart Cities mission, totally aligned with the objectives raised by the 2030 Agenda, the SDG and the EU Green Deal.

This Cities mission has raised as an objective to reach an extremely ambitious and complex goal: speed up the necessary transformation process and reach, at least, “100 climate neutral cities in 2030, by and for the citizens”. These 100 cities shall be pioneers and exemplars for the rest, leading the way of the necessary process of systemic transformation. The pivotal element of this process is the Climate City Contract (CCC), a new planning, governance and financial element that will regulate the objectives, stakeholders’ involvement and governance processes that will allow reaching those climate neutrality objectives in the cities that adhere to the process. The development of CCCs requires a deep understanding of the local contexts, the development of a good planning structure to try to secure the necessary funds, which does not have to come only from public funds. Most on the contrary, the access to private capital is essential.

CARTIF is part of the consortium of NetZeroCities1, the EU Cities Mission Platform that will support the Climate Neutral and Smart Cities Mission in the process of co-creation, co-design, implementation and evaluation of the climate city contract in EU cities. In NetZeroCities, CARTIF will make available all the experience gained throughout the participation in city regeneration and transformation projects to the cities participating in the initiative. CARTIF will collaborate in the concrete definition of the contents of the Climate City Contract, will define the technological solutions necessary to realize the systemic transformation and, also, will participate in the definition of the indicators framework that will allow to follow the evolution of the initiative and the degree of accomplishment to the objective of reaching 100 pioneer cities being climate neutral in 2030.

In CARTIF we are ready to be part of this process, ¿ARE YOU READY?