Heritage and Cultural Tourism: A marriage of convenience? 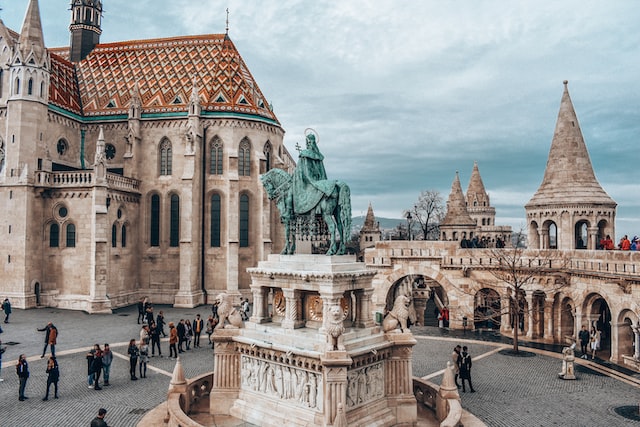 Cultural heritage, in the broad sense, is the legacy received from our ancestors, which becomes the testimony of their worldview, their ways of life and their way of being, having to be passed down to future generations. Knowing the cultural heritage is to know the identity of a specific society and let me dare say that, without doubt, it even helps us to discover ourselves.

When we are traveling to a certain place to “pick up” that knowledge, but being far away from stereotypes and trivializations, we are doing cultural tourism. Despite the fact that this type of tourism is sometimes controversial (fundamentally due to how resources are managed), it is unquestionable that it has nothing to do with sun and beach tourism. Even though Spain is the second country in the world for highest quantity (and quality) of cultural (and even natural) heritage, it surprisingly continues to present and sell ‘sun and beach’ tourism as almost exclusive. Cultural tourism represents a great opportunity for local development, decisively contributing to conserving and making heritage sustainable, since it has already been proven that generates resources and employment for the community. But for this to happen, it must be oriented not only for the benefit of cultural heritage in itself, but also for the people who inhabit the place where it is located. Only if the inhabitants are really an active component in tourism development, can the spark arise between heritage and cultural tourism, and then it will end up being a well-matched marriage beyond convenience.

The fact is that since the 1970s, when UNESCO launched the Convention on World Cultural and Natural Heritage, together with proposals to conserve and promote it, cultural tourism has experienced huge growth throughout the world, but especially in Europe, where it became really important since the 1980s. In fact, currently there are 1121 declared World Heritage Sites; the majority of them spread around three countries, two of which are European: China (55), Italy (55), and Spain (48).

Europe is a key cultural tourism destination thanks to an incomparable cultural heritage that includes museums, theatres, archaeological sites, historical cities, industrial sites as well as music and gastronomy. According to CARTIF’s analysis in 2021 for the TExTOUR project, it is estimated that cultural tourism accounts for 40% of all European tourism. This is generating 5 million direct jobs and contributing 143 billion Euros per year to the EU economy.  Indeed the EU promotes a balanced approach between the needs to boost growth on one side, and the preservation of artefacts, historical sites, and local traditions on the other.

Pandemics apart, it is estimated that cultural tourism will remain one of the key markets in Europe. Interestingly, cultural tourists spend 38% more per day and stay 22% longer than other tourists. Germany is the largest European source market in terms of market size, followed by the United Kingdom, Italy, France, the Netherlands and Spain. Trends show cultural tourism is slowly changing into creative tourism. With it, tourists actively participate in cultural learning experiences, getting in touch with local people and culture.

Cultural tourism originally was primarily driven by the interest of the baby boom generation (born late 1950s – mid 1970s) to visit major cultural sites and attractions, such as museums and monuments, often travelling in groups. The generations after them: generation Y (millennials: born 1980–1995) and generation Z (centennials: born 1995 – 2010), drive the demand for more authentic, unique, small-scale and personal experiences, plus the demand for popular and everyday culture. For them it is more important ‘to be’ somewhere, rather than ‘to go’ somewhere. These generations prefer to travel on their own, thus flat rental platforms and personally-driven services at local level are growing and growing.

Of course technology has made a substantial change in the habits of travellers. The recent publication of five new standards by the Spanish Standardization Committee (UNE) contributes to providing solutions to the challenges that destinations as well as the companies and agents that operate in them must address through a digital and sustainable model that definitely fits like a glove to the cultural tourism. This model strongly needs to be equal in technological and social development to the digitization of cultural heritage, which is the great pending issue, but CARTIF is ready to help. Do you need us?