Consciousness is not a computation, it is quantum 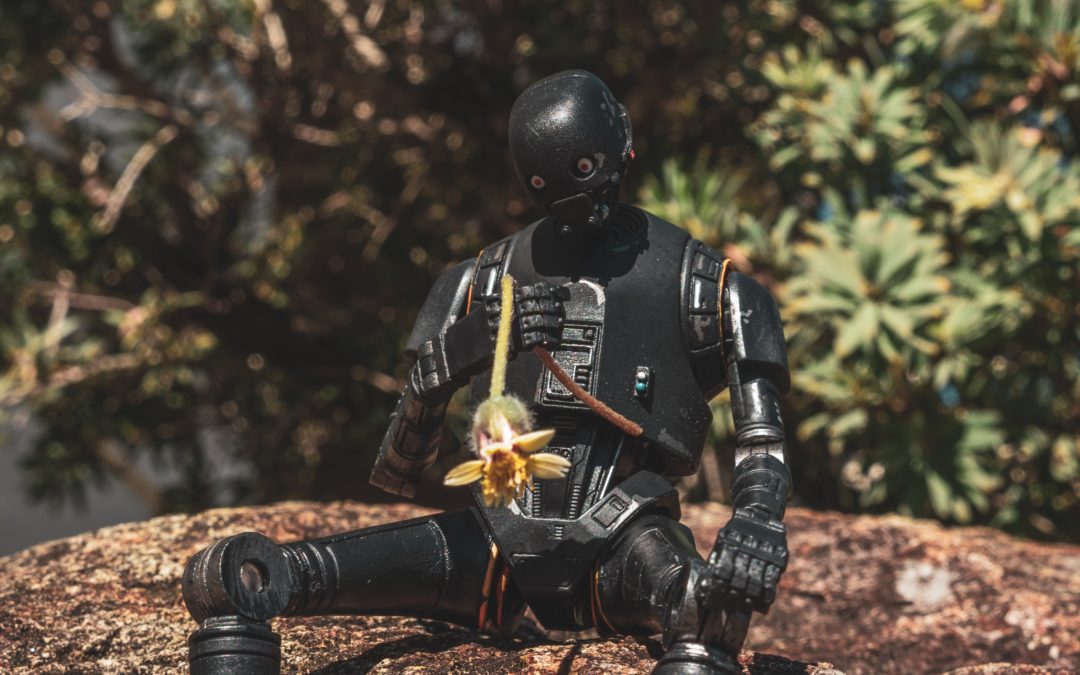 A lot of the new hype arounf the Artificial Intelligence (AI) is directly related with the potentiality for imitate or overcome the capabilities of the human brain (in terms of data volume managed and process speed) using computers. The neuroscientist Henry Markram in 2009 announced a project that pretend to simulate the human brain in a super-computer with different objectives such as “understanding perception or reality and maybe even undertanding physic reality as well”.

The so-called “technological singularity” established how the AI and robotics will surpass us humans. There are different predictions about when will occur this “apocalypse”. Elon Musk figured it out this singularity in 2025, the Russian millionaire Dmitri Itskov in 2045, to cite some examples. The continuous advance of microprocessors capabilities also feeds, wrongly, the hype of the AI. If someone compares only the numebr of neurons (around 86,000 million) with the number of transistors of the last M1 chip from Apple (16,000 millions) may be tempted to ensure that the “computation capacity” of the human being is easily overcome. I know, comparisons are hateful, and in this case, very daring.

Until very recently I was already among the expectant of such predictions, but with a reasonable scepticism degree. All this changed for me in the crudest of the confinement of 2020. I was wandering around YouTube in search of interesting videos related to AI and I came to a very curious one that gives the title to this post, and that attracted my curosity: 1consciousness is not a computation. In this video, a more than kucid Sir Roger Penrose, physicist, mathematician and philosopher, is interviewed by the vlogger Lex Fridman, expert in AI and autonomous driving.

I have to say that, even the scientific level of what is exposed in the video is very high, the lucidity, detail and kindness shown by Penrose, caught me and got me to be attentive throughout the whole interview. Specially, there is a part that sticks me on the chair, and makes me rewind several times to try to understand as much details as possible. The interview starts directly with this devastating thesis: “I´ m trying to say that whatever consciousness is, it´ s not a computation…it´ s not a physical process which can be described by computation”.

During the interview, Penrose explains how his curiosity about neurophysiology led him to explore the basic principles of the physic, cosmology, mathematics and philosophy in his book in 1989 “The Emperor´ s New Mind” to propose that human thinks could never be emulated by a machine, against the “mainstream” thesis of those times about how computers using artificial intelligence could soon make everything a human can do.

Which leads him to assure so bluntly the impossibility of emulating human consciousness by using a computer? It is not supposed that joining several chips of our computers one could overcome the number of neurons of our brain and its capacity of computation (if you allow me this crude comparison)? Just like life isn´ t a set of cells grouoed in organs, the “emulation” of the brain capacities is not a question of grouping a high number of transistors and their electrical impulses. We all remember the explanations of how neurons transport information throughout electrical impulses. In his analysis of the brain physiology, Penrose, even at the final of his book could not get to explain completely how it was possible that the nervous signals could transmit by electrical impulses consistently across the brain. Something did not fit or was missing in his theory. But it seems that, to a reader of his book, the anaesthesiologist Stuart Hameroff, was to the only one that figured it out. “I think you have missed something, don´ t you know what microtubules are?”- said to Penrose. “Is what you need to amke your theory work”. Microtubules could be the answer to the Penrose search about a no computable source in the human consciousness, from a physiological point of view.

But what the hell are microtubules? May molecular biologists forgives me, but it seems that they are molecular structures of tubular shape that we can found in different cells of our body, from red blood cells to neurons. These structures that “inhbait” the interconnections of our grey cells, have the property of conserving their state in a very effective way (quantum type state, but we will leave this for another post) and allow us to somehow return to being the same as we were after a loss of consciousness, for example, after and anaesthesia. We could say that microtubules are the basic storage unit (quantum) of our brain. Some scientifics call them “the neuron brain“.

Another reason for being able to aspire to emulate the brain has been to be able to replicate the number of connections that exist in our neurons. It´´ s a pretty big number actually. It is estimated that each neuron has an average of 1,000 connections. With 86,000 million of neurons this would give us about 86 trillion of connections or so. Even though the numbers give vertigo, for some experts they seems achievable with the current calculation capacity in operations per second (FLOP) of the processors. Going back to Apple´ s M1, this processor declares to be able to carry out 2.6 TFLOP, 2.6 billion operations per second (10 to the 12th). Again, a number apparently “near” to our connections if we join a lot of chips working at the same time. But it seems that consciousness is something more than connections, right?

If we focus only on the quantitative question and we return to microtubules that inhbait our neurons, how much of them can we have? Neurobiology said that inhabit our neurones, how much of them can we have? Neurobiology said that more than 1,000 microtubules per each one of our 86,000 million of neurons, that is, 86,000,000,000,000 micortubules (86 billion, similar to the neural connections) that “stores quantum information” in which some scientifics affirm, our consciousness live. We can say that actually our brain is a quantum computer, don´ t you think? Wow, sorry to fall back into a computational analogy. Let´´ s go back to the technology to conclude this post. IBM, promises a quantum computer of 1,000 qubits for 2023. Quite inferior to the 86 billion microtubules of our head. In my humble opinion, and comparing only quantitative aspects of actual and future computation capacities, the so called “technological singularity” as a promise of overcoming our human capacities only with actual computer technology and artificial intelligence i still very far away or seems almost unattainable. I don´ t know about you, but I still see a little bit far away the technological singularity, don´ t you think?