Beyond strategy. Smart use of engineering expertise. 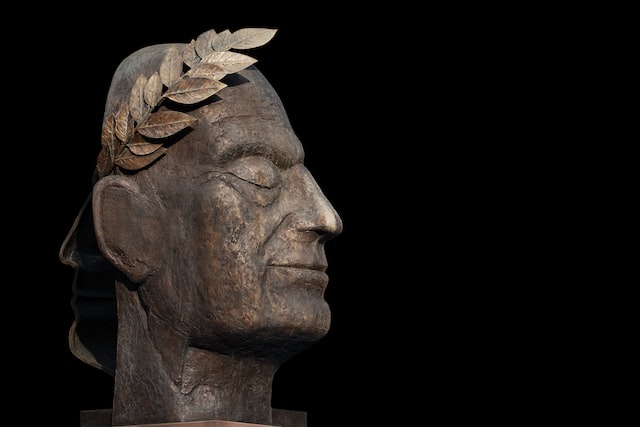 “Divide et impera”, popular ancient Rome motto later attributted to the Roman emperor Julius Caesar. “Divide and dominate” or better known as “Divide and rule”, was the strategic foundation on which the Roman Empire was built (27 bC – 476 ac). Almost nothing. In line with the political and military relevance of this slogan, in the mathematical field, it gave its name to one of the eight classic heuristic strategies of problem solving, together with codification, organisation, experimentation, analogy, introduction of auxiliary elements, search for regularities and assumption of the solved problem.The others are proper notation, solution drawing, systematic experimentation, analogy, introduction of auxiliary elements, problem reformulation and way back.

The solution strategy we are talking about is based on breaking a problem into a set of smaller sub-problems, solving these sub-problems, and combining the solutions. This methodology is widely used in various scientific fields and that under different names, theorems, or methos, such as the method of integration by parts (integral calculus) or the principle of virtual jobs (strength of materials), has promoted the resolution of complex problems by converting them into multiple “easily” solvable problems.

If there is one thing that characterises the world of engineering, it is precisely this eagerness to transform problems. We have all heard the joke about how an engineer calculates the volume of a cow and how, compared to the functions of approximation to a surface and its subsequent integration that a mathematician would carry out or the performance of a physicist using Archimedes’ principle and putting the cow in a swimming pool, the engineer would give his solution by approximating the cow to a sphere.

In the field of structural engineering, the branch in charge of the design and calculation of structural elements and systems to ensure in advance an optimal structural response (safe, resistant and functional) applies the mechanics of continuous media, a super nice calculation model in the “academic” world whose application in real life is very “chunky”. That´s why we resor to the finite element method, another “divide and conquer” engineering glorification, where the strategy is to convert the continuous medium into a finite number of parts, “elements”, whose behaviour is specified by a finite number of parameters at certain characteristic points or “nodes”. This is commonly called “simulation”, although it should at least be called numerical.

Professionally, I work in this area to design “things” optimally. But when these things are sets of configurable elements or product catalogues, and we want to cover all the options to offer the best, we could talk about the need to develop dimensioning applications or system and product calculation configurators.

Well, after years working on these developments for different sectors, I can say, without fear, that dismembering a project among the different knowledge teams will be the iceberg that leaves us frozen. It seems logical to think that if we are talking about the development of a robust validation application of a configurable product, we need someone who knows the product perfectly, with all its variants and possibilities, its terminology, its meaning, its cost and even its soul, if I may say so. In the same way that we need, at this level of knowledge, someone capable of calculating and validating the product in resistant and functional terms and who knows how to transform, transcribe or visualise this numerical validation in a user-friendly platform. NO, prepare the lifeboats. A dose of reality difficult to digest for an engineer and staunch defender of multidisciplinary projects like me and of breaking down problems. NOT EXACTYL, get lifeboats ready. A dose of reality difficult to admit for an engineer staunch defender of multidisciplinary projects.

Professional experience, with blood, sweat and tears included, has improved our conception of strategy, avoiding sectorial strategies that push the global objective, and ultimately the product, to the background. And to understand this, there is nothing better than the well known expression “cobbler to your shoes”. Do you know what I’m talking about, not yet?

However the presence of different team members’ roles in this kind of work, make it impossible to detect errors or incoherencies derived from lack of conception and lack of understanding cooperation between professionals. It is unavoidable. Architects and engineers do not speak on the same scale, for example. In addition sectoral strategies relegate the functions of the “expert of the product” to setting the norms, rules or ranges of consideration. Which seems quite illogical since the expert is separated from the course of the project. The question is how do we detect failures? and when? it may be even more important. Everything points to final report. So we work such as Titanic’s valiant musicians and we’ll see how the ocean of corrections treats us. I’m talking about that ocean like a succession of final versions succession in which we will be submerged by unforeseen failures and with the corresponding increasing final workload. Now we do know what we’re talking about, don’t we?

All this, without going into responsibilities which it have also been diluted. To blame are those who…If the person or persons responsible had bid me do so, I might have…

In this sense it is impossible to offer a service aimed to set up validation of configurable products application development if it is not a completely calculation project. So Turnkey project or I hope you are good swimmers.

However, trainings should also be conducted by people that are knowledgeable about the subject matter or the product, better even than costumer who can have been in the business for more than 30 years. We must become experts and think. It’s the only way to cope successfully such a service and that under a holistic approach where each part must be considered as one. So we avoid misinterpretations, unreasonable casuistic,   excessive computing (no scale-resolving simulations) and cannot effectively communicate (the customer never knows what he wants until you show it to them). I want to stand out with it the necessity of acting “in” the moment and “for” the future.

For those interested in these possibilities… where are we going to find someone who wants to learn? To find someone who wants to ask questions? To find someone who can improve the product and performance for your company, and have the ability to do so. I am talking about to use experimental or scientific techniques, with computational capacity and that you can also implement it on a platform so that its usability improves, for example, the competitiveness of the different technical and sales departments of other companies? Can you imagine pressing a button to get the weekly job of a technician?

Norberto Ibán Lorenzana
Industrial Engineer. He collaborates on research projects related to the knowledge and quantification of mechanical systems and lively structures susceptible to vibratory phenomena.