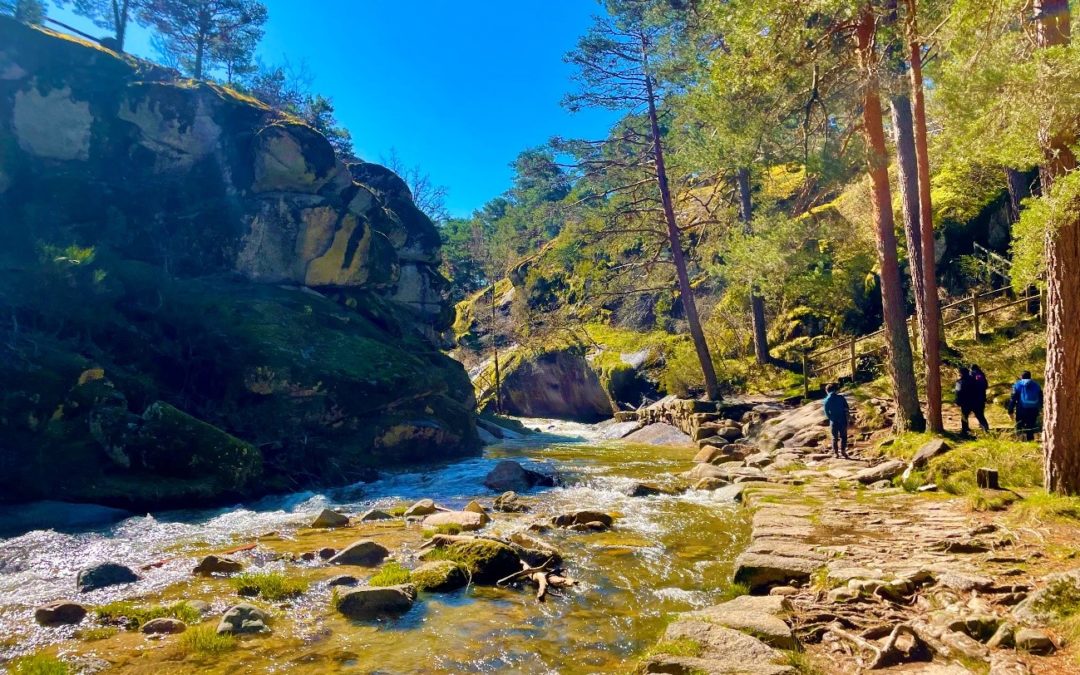 Recovering our link with nature

In the end, I coukd not resist…I went to see AVATAR 2. Even in 3D! The idea of recalling the sensations I experienced 13 years ago as a spectator of one of the greatest technological advances in animation of the 21st century, won over the laziness of being inside a cinema for a whopping three hours. However, this time I wanted to see how something that already caught my attention in the first film of the saga had evolved: being able to establish a direct link with nature. Amazing!

Having seen the “movie” and coming back to reality, I believe that we have never lost our link with nature but have ignored it thinking that it was no longer necessary for us and that only technological advances would make this world a better place, disregarding our natural essence. It is important to know that any measure developed to protect an ecosystem, and the biodiversity that inhabits it, will protect us as part of that biodiversity and will only improve our living conditions.

Currently there is a growing need to get in touch with nature, either due to being fed up with a sedentary and overly urban life, to practice sports or to come into contact with nature and the trees that inhabit it, but without knowing the multiple benefits that his “forest or nature bath” is providing. Although it is believed that the concept of forest bathing (Shinrin-yoku in Japanese) seems to have an ancient origin, it was not until the early 1980s when the Japanese forest authorities promoted the concept to bring people closer to the benefits of the forest. The feeling of well-being that we perceive walking through the forest has a proven scientific explanation. Already in the middle of the 20th century it was shown that certain conifers were capable of purifying/disinfecting their environment by generating a natural antibiotic (phytoncides), mainly in response to the attack they continually receive from fungi. This has a a direct consequence that the presence of trees in residential areas improves the health of its inhabitants.

There is clear evidence about the essential role that green and blue spaces play in promoting a healthier and more sustainable lifestyle. In urban and peri-urban areas, natural spaces reduce exposure to potentially harmful factors such as excessive heat, noise, and air pollution. Studies have shown that green areas surrounding urban spaces are associated with lower mortality.

Similarly, various experimental and observational studies have shown that exposure to nature is associated with improvements in cognition, brain activity, blood pressure, sleep, physical activity and mental health. Special relevance is given to the improvement of mental health (anxiety, depression and stress) due to activity in nature. An increase in well-designed, equitably distributed adn accesible green/blue spaces, as promoted by the concept of Nature-Based Solutions (NBS), is an important factor in preserving and improving mental health and well-being. The COVID-19 pandemic and the subsequent economic recession have affected the mental health of the population, with an increase un symptoms of anxiety and depressive disorders, and have highlighted the need to improve our understanding of the specific types and characteristics of nature that are key to mental health.

At CARTIF, we have been working for some time on the re-naturalization of our cities, environments and all those inhabited spaces that have lost their natural quality, with the purpose of making our cities more livable…but in a natural way and in coexsitence with nature. Projects like Urban GreenUP, MyBuildingisGreen, NATMED…are a sample of this.

Taking all this into account, the medical prescription of forest bathing, of solutions based on nature or what we have called therapies based on nature (Nature based Therapies) is getting closer.

I recently had the opportunity to talk to Odile Rodríguez de la Fuente, Félix Rodríguez de la Fuente´s daughter, about the bond with nature that her father instilled in her and her sisters and that she still maintains, from her facet as a disseminator of nature, which she performs in a fantastic way. It was undoubtely Félix who perceived the disconnect between human beings and nature at a key moment in the country´s growth, which made his work even more difficult but which has allowed him to leave a deeper and more lasting mark, laying the foundations for the sought-after link with nature.

It is about looking for real and deep connections between the human being and the natural world, which go beyond cultural work in the field or some gardening experiences such as the erroneous perception that tomato plants slowly fatten when being caressed… as if it was a test of love. Nothing could be further from the truth. When you caress a tomato plant every day, its vertical growth slows down and its stem thickens, but it is nothing more than a natural reaction to a fictitious load from the wind.

However, we still have time to protect the nature that surrounds us, to bring nature closer to our cities and living spaces, and to reconnect, to link ourselves with nature.

The re-naturing of our cities

Currently, the 54% of world population lives im cities, and it is foreseen this figure rises by 70% in the middle of this century. Cities have been converted in denatured places in which is difficult to find interconnected nartural surroundings. Current urbanistic model presents one of the most serius global challenges by 21th Century: rapidly and changing development of industrial activities as well as the un controlled urban sprawl cause many social, environmental and health problems.

Cities are facing to environmental challenges related to poor air quality, heat island effect, increasing of flood risk, increasing of extreme phenomena frequency and intensity, the industrial areas derelict and the issues of social context (increasing of criminality, social exclusión, inequality, marginality, poverty, and urban surroundings degradation). Effects of the population concentration in cities are generally invisible for the mayority of cictizenship, however these risks remain latent and it appear in media and public opinión when it have caused seriuos problems and the environmental restoration is more difficult.

In many of the cities of the world the air quality has improved considerably in the past decades. Nonetheless, air quality is affecting to health of people and sorrounding. In Europe, the air pollution from industry has been replaced by the road traffic and heating pollution. Therefore, Air Quality  is a common environmental issue in large and medium-size cities around the world.

Another consequence of climate change and population accumulation in cities is the “heat island effect”: urban areas hotter than nearly rural zones due to the urban topography and materials of building and pavements. Annual average temperature in a big city could be 1 – 3 oC higher than surroundings areas. Likewise, during nights in summer time, the variation in temperature can reach 12 oC. This effect has important consequences, but we will talk about them another time.

Regarding urban spaces management, the different kinds of abandoned and deteriorated places in cities imply an important challenge. In these areas, the environmental conflict is focussed on environmental issues like soils pollution and specific emissions, which just searches the not adaptive reuse of these spaces. This situation forgets the social side of the problem, which induces scepticism and rejection in the citizens.

All of these problems can be dealt at the same way as the nature would do it, via solutions developed for thousands of years (Nature Based Solutions, NBS). In this way, it will achieve to reconvert urban areas in places in which nature can be present again and the citizen can enjoy it.

NBS will foster the sustainable urbanism, it will retrofit degraded areas, it will develop climate change adaptation and mitigation actions and it will improve the management of climate change risks. The NBS like actions inspired in the Nature present a huge potential to be energy sustainable and to be resistant to climate changes, however their success will depend on their adaptation to local conditions.