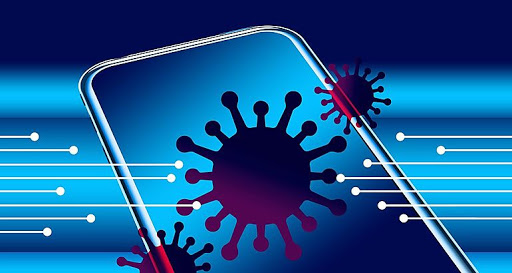 For a month, almost since the end of the confinement, we have received daily news about the cases of regrowth, which have not stopped increasing in number and incidence.

In Spain we are told, through the media, about how important the work of trackers is to keep outbreaks at bay, and how necessary it would be to increase the number of them to improve infection detection rates. community. But the truth is that cases continue to increase, to the point that there are already European countries that have begun to take measures against travelers from Spain because the incidence of the virus in our country does not stop growing, I repeat, only a few weeks after the end of confinement.

We all already know the ability of this virus to spread rapidly. We can say that the moment a person comes into contact with the virus, community transmission can be exponential, that is, one person can infect ten others, each of those ten to ten others and so on.

In addition, if we come into contact with the virus and have to provide a list of our contacts during the last 14 days, it is hard to believe that we are able to remember all the people we have been close to, even more so when depending on many of these people we do not know about our daily activities.

Responsibility, honesty or the personal circumstances of the respondents also play a role in the reliability of the answers obtained by the trackers.

Taking all this into account, it is clear the doubtful effectiveness of the work of a tracker who, through telephone calls, tries to locate and identify all the possible contacts of a contagion case.

It is at least curious than in the technological era in which we are, in which the tools that incorporate artificial intelligence, big data, blockchain, Internet of Things are multiplying … to make our lives easier, solve daily problems and help us in the decision making, these same tools are not being used to face the greatest health crisis of the 21st century and we are turning to manual tracking as the main measure to try to control outbreaks.

Contact Traceability Apps have already proven in other countries (China, Korea or Singapore) that they are an effective technological solution and it would only be necessary to establish the standards under which they should be used.

Existing contact-tracing systems offer resources for the development of apps to help identify contacts of those infected by Covid and to allow citizens to know if they have been close to Covid patients. These applications are exchanging identifiers (anonymized numbers) with all the phones of people who remain within reach of our phone’s bluetooth for a minimum of 15 minutes, and keep them for a maximum time of 14 days. In this way, when a citizen reflects in his App that he is positive for Covid19 or is reported in an official health system, the codes collected by the infected person’s phone will be uploaded to the cloud. Each smartphone is periodically downloaded and compared to these codes and, if there is a match, the notification is automatically generated informing that it has been in contact or near an infected person and what measures to take.

The implementation and operation of these apps is so simple and the result if all of us had them installed on our phone – in Spain more than 90% of Spaniards use a smartphone – so effective that it is difficult to understand why they are doing crawls manually.

One of the reasons offered by the authorities for not using this type of app is the protection of citizens’ data. But when can this type of application threaten privacy? Very simple; when they are designed to misuse or interested use of the information that they are capable of collecting.

But, haven’t we pointed out that the data collected by Bluetooth is anonymized identifiers? There is one of the problems, that the information collected is not really anonymous and that the objective of its collection is not only to notify possible contacts of a positive case of Covid.

The problem of privacy and the lack of a standard means that European countries have not been able to agree to create and use a tool, so each one is waging war on their own. In Spain, in the middle of the second wave, nothing has been heard since on May 20, Nadia Calviño, Minister of Economic Affairs and Digital Transformation announced the testing phase in the Canary Islands of an app, based on the decentralized model, that used the resources and APIs provided by Apple and Google.

Jose Antonio Muñoz Andrés
Analyst / Programmer specialized in the design and development of advanced enterprise resource planning systems. Currently responsible for the management of the IT Service at CARTIF.