From consumer to prosumer

Most users have been consuming electricity in the same way our entire lives. We simply know that we can plug in the electrical device wqe want at any time, and that, in return, at the end of the month, we get a bill (for many, more difficult to understand than an Egyptian hieroglyph, by the way). But this way of consuming electricity can change very soon (if it hasn´t already). Not for a long time, we can contribute with our own energy to the main grid without many complications, decide when is the best moment for us to consume, or partner with other users to benefit each other…or all these options at the same time.

In other words, the energy sector is moving from a model in which the user had a merely passive role, to a totally different one, where the user can have an active participation in the production, management and consumption of electricity. For this paradigm shift, a new word has emerged as a result of combining producer and consumer: prosumer.

Although the concept of prosumer is now broader, it originally refers to users who produces their own energy for their own consumption, and discharge the surpluses to the electrical network. In this way, not only we can consume less from the grid, but our electricity is also supplied to the main system, and we contribute to achieving a more sustainable model while we reduce our bill.

Given the rise of distributed generation facilities for self-consumption, largely driven by the publication of RD 244/2019 in Spain, it is not surprising that this type of prosumer is the most common. However, the options for prosumers are more and more varied, and are not only limited to installing solar panels on our roof.

For example, the interaction of the user with the main grid can also be more proactive by combining responsible electricity consumption with electricity tariffs which depend on the market price (rates indexed to the electricity pool market-the hourly market-, also called PVPCs tariffs in the case of Spain-stating for Small Consumer Voluntary Price-, for users with a contracted power lower than 10kW).With this type of tariff, every day you can know the hourly price of electricity for the next day, so that if today we are told that tomorrow morning the price of electricity will cost almost 90% less than it costs right now (as happened a few days ago in the Iberian Peninsula(, we can decide if we prefer no to turn on certain appliances today (e.g. washing machine, dryer or dishwasher, in the case of residential consumers), and use them tomorrow, hence getting some savings due to the energy term associated to their consumptions.

But, what happens when there is hardly any sun or wind, and the prices of the electricity market soar to all-time highs, as happened a few weeks ago during the storm Filomena in Spain? In the previous case,basically we would have to ´´ endure the downpour´ and pay it at the end of the month. How ever, if we had energy storage solutions, we could avoid these type of scenarios, and in general we could reduce our consumption from the grid durign periods when the price of energy is high. This prosumer alternative is also very simple: at night or in the morning, when electricity is cheaper, we could program the charging of our energy storage equipment (electric batteries, including our own electric vehicle, but also thrmal systems of thermoelectricc), so that when the price of electricity went up, we would not have to pay its exorbitant costs, but could use our stored energy.

Precisely, this combination of prosumer options– installation of a renewable production system, storage, dynamic rates and active management of our demand- is part of the study that is being considered in the MiniStor Project, where CARTIF has participated since last year. In this project, a thermoelectric storage system that integrates lithium batteries, phase change materials and a thermochemical reactor is being developed, also including hybrid solar panels that produce both heat and electricity and an optimal energy management, considering both the prediction of our consumption, the prediction of our systems production, and the electricicty costs. A very interesting challenge for which we will be able to tell you more about very soon.

As we have seen, the prosumers´ participation options go far beyond having our own self-consumption facility (which is not a small thing), and, although this time we have presented a few, the alternatives where this actor has a fundamental role are almost infinite (demand aggregators, blockchain integration, microgrids, energy communities…) Surely, in a short time others options will emerge, that at the moment we cannot imagine. What is clear, is that the role of prosumers is already considered as decisive, we are at the beginning of what can be a true paradigm shift in the energy sector, and from CARTIF we are on the trail to be leaders in this revolution.

And you, do you want to become a prosumer? 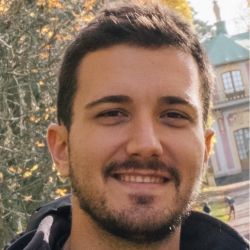 Alberto Belda
Double Master in Energy Engineering for Sustainable Development, Graduated in Energy Engineering and in Industrial Design Engineering. He is currently working on projects on renewable technologies and energy efficiency, including system modelling and evaluation of sustainable solutions for buildings, district thermal networks or energy communities.