Climate change, a reality we have to face 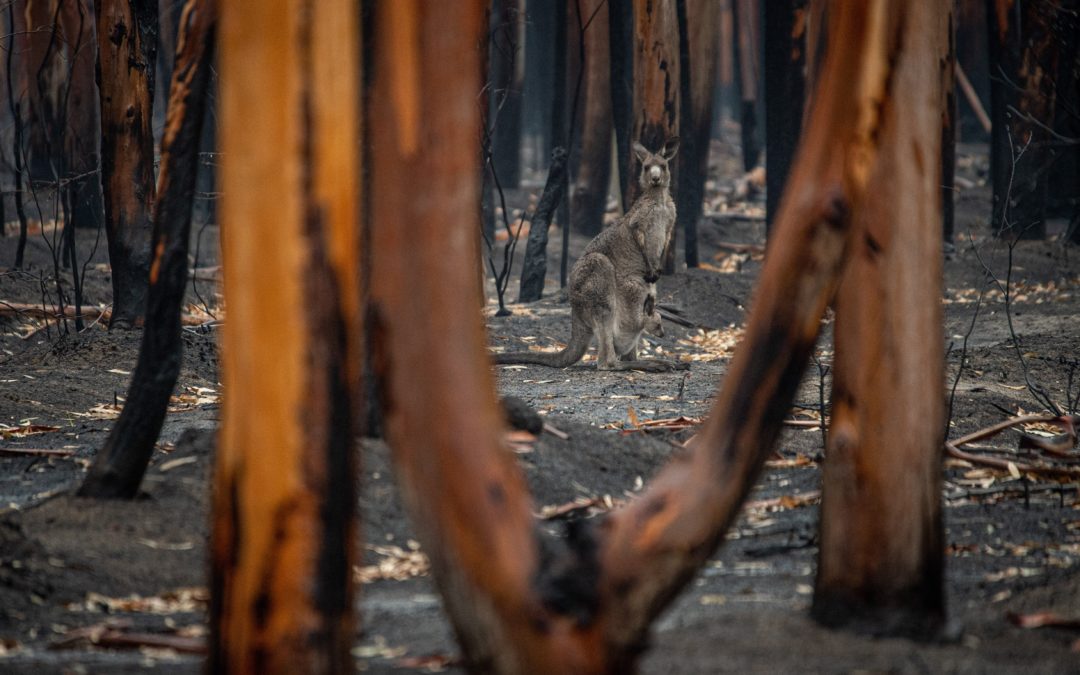 Climate change is an increasingly visible reality on our planet, affecting millions of people around the world. These changes in climate are clearly recognizable by the increase in temperatures, the decrease in water resources, the sea level rise or the increasingly irregular and torrential precipitation events. The consequences, effects and impacts of these changes in the weather are becoming more frequent and relevant every day, inducing damages of great magnitude and generating a displacement of the population by making the areas in which they lived uninhabitable, with examples such as extreme droughts, floods or desertification. In our day to day, we can see how these changes in the climate manifest themselves. A clear example is the winter that has just started with softer than normal average temperatures and unusual high maximum temperatures for the period of the year.

In this context of climate change, the thermometer continues to break records of increase and it is estimated that in Spain the average temperatures are increasing around 0.3ºC per decade, which gives us an idea of the high rate o warming to whom our country is being subjected and the planet in general. In addition, it must be taken into account that although we manage to reduce the emissions that generate climate change by trying to avoid the consequences it produces, the change trends reflected in the climate variables will continue in the coming decades due to the inertia of the climate system. Faced with such a negative outlok, it is necessary to ask ourselves the following question: how can we contribute to mitigate and reduce the impacts of climate change or adapt to them by generating more resilient territories?

But, what can we do as citizens? We can contribute with small measures such as recycling, the use of public transport or bikes, local commerce that minimizes transport, ecological and sustainable products, all of them helping to reduce greenhouse gas emissions. However, adaptation requires great responses that generally must be promoted by the public administrations or organizations that are in charge of land management. Therefore, we must not overlook that the fight against climate change must be an effort of all (citizens, administrations, companies,etc.) integrating as many agents as possible and covering a multisectorial and systemic approach that not lose the social perspective of the problem.

Under this climate change perspective and to promote adaptation, the European Union has launched the Climate Change Adaptation Mission that aims to promote and support the transition towards resilience in Europe at the individual level, cities and regions, both in the private and public sectors as economy, energy, society, etc. Its main objective is to support at least 150 European regions and communities towards climate resilience by 2030. To this end, the mission will help regions and communities to better understand, prepare for and manage their climate risks, seek opportunties, as well as facilitate the implementation of innovative and resilient solutions providing information on the different additional sources of investment.

In a complementary way and to respond to the adaptation needs generated by changes in the climate, it is necessary to provide the entities with a common framework that guarantees a homogeneity of criteria in the conception of climate change. In this sense, the public action against climate change in Spain is coordinated and organized through the National Plan for Adaptation to Climate Change (PNACC), which establishes the framework of reference and national coordination for impact assessment initiatives and activities, vulnerability and adaptation. Its main objective is to avoid or reduce present and future damages derived and to build a more resilient economy and society.

This plan that covers the needs at national level establishing the starting point for the development of more detailed strategies at regional or municipal level helping the territories in the acievement of their objectives through the implementation of priority lines of action against the impacts caused by climate change. As a starting point for any adaptation strategy, it is necessary to know in detail how the current and future climate variables (temperature, precipitation, wind, etc.) will be like in order to be able to assess the vulnerability of our territory and promote measures that make it more resilient to climate impacts. As a starting point, the AdapteCCa climate scenario viewer developed by the Spanish Ministry of Agriculture, Fisheries and Food (MAPAMA) in coordination with the Spanish Office for Climate Change (OECC) and the Spanish Meteorological Agency (AEMET) together with the IPCC Interactive Atlas, provide us with relevant data to understand the future climate through different climate projections. All the information they collect allows to obtain an idea of the magnitude of the changes in the future climate to establish the baseline for the evaluation of vulnerability and risk, as well as for the definition of measures for each priority sector identified in each territory. Finally, the implementation of the identified and selected measures must be associated with a monitoring and a follow-up system that enables the achievement of the proposed adaptation objectives to be evaluated.

At CARTIF, we work to help the different public administrations in the development of adaptation plans and strategies in the face of climate change. We must highlight the projects in which we recently work together with GEOCYL Conultoría S.L. in the development of adaptation strategies to climate change for the municipality of Valladolid (EACC_Val project) and the region of Extremadura (EACC_Extremadura project), respectively.

In addition, the RethinkAction project, coordinated by CARTIF will allow us to advance over the effects generated by adaptation and mitigation measures through the development of integrated assessment models that allow the evaluation before implementation of measures in relevant climatic regions of Europe.

Iván Ramos
PhD in Conservation and Sustainiable Use of Forest Systems. Researcher at the Energy Division in the Energy and Climate Policies Area. His research lines are focused on the modelling of land systems for the evaluation of adaptation and mitigation policies, as well as the modelling of energy variables through Geogrpahic Information Systems.