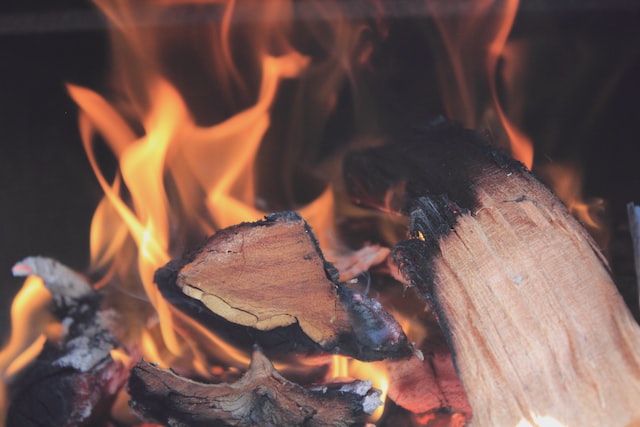 Many people will have an accurate idea of what biomass is and what it represents in our society. In an energy context in which energy prices are continually breaking historical records, there are already many consumers who, in view of the imminent winter, have found in biomass the solution to try to reduce their heating bills.

For several decades now we have been listening that biomass is a renewable energy resource capable of replacing fossil energy with guarantees, but with the feeling that it has not yet been able to kick down the door and take off definitively, which would change the paradigm of bioenergy in Spain once and for all.

To use an expression from cycling slang, biomass in Spain has always beien “doing the rubber”behind the leading countries (Finland, United Kingdom and Germany, among others). It is true that it has experienced sustainable growth in recent years in all the links of its value chain, but perhaps not at the pace that could be expected, taking into account the expectations created in the past.

Numbers do not deceive. Although between 2014 and 2019 (pre-pandemic) the total installed biomass capacity in Spain grew by 9 % [REE], the available forestry potential is still not adequately managed. Currently, some 4.3Mt/year of forest biomass is consumed for energy uses, which represents approximately 41 % of the total available, far from the countries of northern Europe, with a long tradition of forestry, which reach levels of over 70 % [APPA].

In any case, we may think that the national bioenergy sector is already sufficiently mature. An unmistakable sign of this is the fact that, at present, practically all the national production of biofuels is consumed in Spain, due to the increase in demand for combustion equipment, and therefore fuel [AVEBIOM]. However, society in general may still find it difficult to perceive the real dimension of what biomass has to offers, and some recurring questions arise around it, such as,for example…

Technological developments in the field of bioenergy and the current situation in the sector invite us to answer all these questions in the affirmative. Because bioenergy is environmentally neutral, and its use doesn´t contribute to global warming through CO2 emissions. Because proper forest management helps to mitigate the risk of forest fires. And because giving value to the Spanish forestry sector means boosting economic activity in rural areas, tackling the major problem of depopulation.

But this will not be easy to achieve in the short term. At present, Spain would need to adequately manage almost 10Mt/year of dry wood in order not to depend on Russian gas, that is to say, it would have to triple its current consumption.

The present of biomass has been inevitably linked to various social, geopolitical and health events, which have had a devastating impact worldwide. In early 2020, the world was hit by the COVID-19 pandemic, which in 2021 “led to an unprecedented situation of rising commodity prices and an energy crisis due to the rising cost of energy caused by the increase in the price of fossil fuels. Furthermore, in february 2022, without having digested all of the above, Russia´s invasion of Ukraine led to a cruel war which, apart from the humanitarian drama it entailed, generated an unprecedented escalation in gas prices, introducing even more uncertainity in the supply of raw materials and energy at a global level.

As if this weren´t enough, the summer of 2022 saw an all-time record number of forest fires in Spain, devastating more than 250,000 hectares of forest and woodland ,the worst in the last 15 years [EFFIS]

However, in the words of Javier Díaz (AVEBIOM), in 2022 the biomass sector in Spain may also be remembered for facing all these difficulties and placing itself in an advantageous position to definitively overtake gas and electricity of fossil origin. The escalation of gas prices has significantly changed the current bioenergy market landscape, forcing the sector to adapt in order to cope with the high demand, both in the domestic and industrial spheres. With the fear of a possible Russian gas supply cut in the middel of winter leading to even higher prices, consumers want to switch to biomass and use it in their boilers and cookers. It is estimated that demand for wood or pellet cookers and fireplaces will increase by 20-30 %, which will be higher in the colder months. [AEFECC]

In recent years,the price stability of bioenergy has been a hallmark of its identity compared to fossil fuels, although this may currently generate some controversy, given that the price of a 15kg bag pellets has doubled in just one year, due to the generalised inflationary situation of raw materials. Some cyclical effects related to the sector do not help either, such as the real impact on the market following the application of a reduced VAT rate (5 %), in the last four months of 2022, on some solid biofuels (pellets, briquettes and firewood). Far from achieving the expected effect, unjustifies price increases have been detected by some distributors of these products, making it a wasteful measure for many consumers [OCU].

Since its creation almost 30 years ago, CARTIF has made a strong commitment to biomass as an agent of innovation, developing R&D proejcts aimed at promoting its use and improving its efficiency. Furthermore, for the last ten years we have also been biomass consumers, as one one of our three buildings currently covers its thermal demand for hot water and heating with a wood pellet boiler.

In addition, CARTIF also actively participates in the ENplus® quality scheme (certification system that regulates and control s the wood pellets sector in Europe). In 2015 we became an ENAC accredited Test Body (nº335/LE1276) for the analysis and testing of solid biofuels, being the first Spanish laboratory to achieve this.

As in so many other industrial sectors, uncertainity looms over the future of biomass in Spain, but with the certainty of being faced with a unique opportunity to overcome the barriers it has historically come up against. If companies are able to continue to hold on and take advantage of the recovery funds, biomass should now lead the change in the national energy scenario. At CARTIF we understand that this future must inevitably involve technological innovation, through energy transformation processes that are increasingly more efficient, cheaper and more environmentally sustainable.