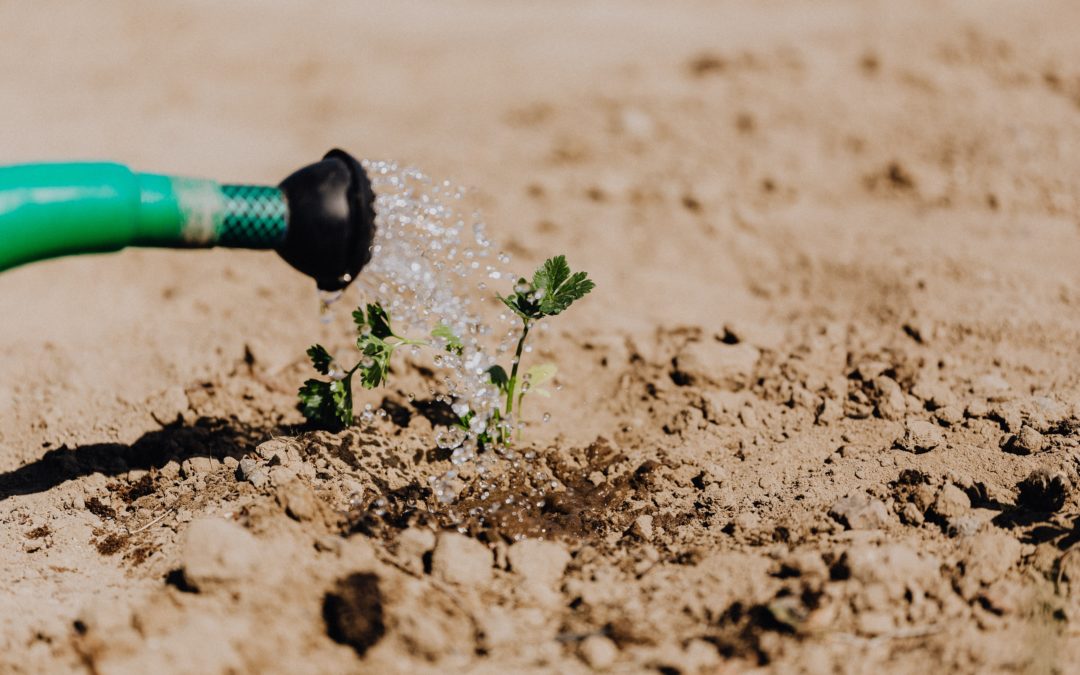 Are we exposed to water and food shortage ?

For some time now, experts and major international organisations have been talking about the onset of a major global food crisis. A crisis that would put more than 265 million people at risk of famine, double the pre-pandemic estimates by COVID-19 for 2020.

In reality, the reason and origin of this crisis isn´ t the lack of food. In fact, the statistical data shows that 2020 has been a year of abundant harvests in general at a global level. But the food crisis is coming it is because of the opposite. Is because there ir a surplus of food for a agrifood market with a broken demand because of the unemployment increase, because of the protectionism of the advanced economies and because of the colapse of the supply chain.

This crisis would oblige to the most disadvantaged to choose between protect their health or protect their livelihoods. The pandemia produced by the virus COVID-19 has caused a economic crisis that has led into a huge damage to the availability of food at a global level. On one side, the offer has broken, the farmers, the mainly distributors of perishable products (fruit and vegetables) are decreasing their production as its main clients (hotels, restaurants, schools, airports) have had to reduce, or even stop, their operations. This is causing surplus production that ruin the producers because they don´ t find their habitual buyers. If we put as an example the parishables products, what has occur is that the logistic problem have been stronger. Why? Because ther isn´ t only the mobility, but also there is the problem that is perishable. So if there is a delay in their transports exists a problem. For example, the asparagus. Most part of the asparagus are exported by plane and the cost of the plane is shared between passengers and load. As there isn´´ t passengers the cost of the load is so high, then it is no longer economically. The same occurs, for example, with fish. We also have the milk producers, who are being forced to pour thousand of litres of fresh milk in the last weeks, unable of placing the product. In India, huge tomato and banana crops have been wasted as a result of government restrictions on movement that have made it impossible to get produce to local markets by march 2020. Therefore the dilemma is how we can ensure that in 2022 the same amounts of produce, the same crops, will be planted as in 2020 or 2021, so that there is security of food availability for the coming years. It is difficult to predict how much in the present situation. If we don´ t help producers at this moment, they are not going to have liquidity to plant their next crops and then we will be under a huge problem of food shortage.

By the other side, there are the consumers. The houses experiencing economic difficulties and that are in an unemployment situation are running out of money. Including when the products are available in local markets. This phenomena in the developing countries it is worse, because, in addition to the citizens, the ones that are running out of money are the importers. Africa has received a huge economic shock because most countries are exporters of oil, much countries are exporters of cotton, as Mali, where all the contracts are being cancelled, are exporters of commodities of metal that also are fallen, or of coffee as Ethiopia that also falls or doesn´ t have Europe´ s capacity to be able to inject 3 trillion euros in the economy to revive it.

Countries as Argelia, Angola, Ecuator, Nigeria or Arabia Saudí depends on the incomes of oil exports to help to pay the imports and to finance the food subsidies for the most poor, however, with the economic contraction generated by the COVID the global demand of oil has collapsed and the crude oil barrel prices has fallen even going below zero for the first time in history.

To this must be added the uncertainty about the possible basic food price increase such as wheat and rice that, despite of being downward, they have experimented an increase and which analysts blame mainly on stockpiling, speculation and protectionism in the main producer countries and the richest importers. Between march and april of 2020, various of the main exporter countries of wheat such as Rusia, Ukraine or Kazajistan imposed quotas and suspensions to their exportations of rice, Turkia restricted its exports of lemons , Thailand of hen eggs and Serbia of sunflower seeds. Meanwhile, other countries where accumulating food with accelerated importations, such as Egypt, the major importer of wheat in the world, that buy huge quantities of french and russian grain to storage supplies for 8 months.

A chaining of suspensions and oversupply that took many back to the food price crisis of 2008. If we compare with the crisis of 2007-2008, then we had 33 countries putting restrictions and represented the 28% of the global exportations. Nowadays, what we have? We start with 16 countries that put restrictions to the exportations and today there are onlly 11. When they were 16 we were talking about around 6.5% of the share of the global exportations, now with 11 we are talking about the 2.5%, that is to said, it is nothing, the problem isn´ t there. In availability isn´ t. The dramatic situation is in the access. In Nigeria, one of the biggest rice importers and wheat of the world and at the same time one of the main exporters of oil, more and more supermarkets are having to close down because of the broken offer and demand. A disturbing scenario, which has already started to translate into protests, not only in Nigeria, but also in Kenia, Bangladesh, Honduras, SouthAfrica, and that many fear it will spread to the developed economies where the increase of prices could aggravate the inequality between rich and poors.

And although with the relaxation of the control measures of the pandemia also have been relating some of the restrictions of the exporter countries, much poor countries will have to choose between protecting their health or protecting their livelihoods.

No doubt about it, the pandemia has caused a dramatic loss of human lifes in the hole world and it presents an unprecedented challenge with deep social and economic consequences, that includes commit the food security and the nutrition. The food sustainability is maybe one of the most sensible and important points of the 2030 development sustainable agenda published by the ONU. A world problematic to which we have not given the importance it deserves.

Nevertheless, and with all that, the economists defend the increase, and yes, lots of countries need to grow, the issue maybe is which ones? In America they don´ t need more lawyers, in Europe, too many bureaucrats in Brussels. But the planet has a supply problem. In five years there will be shortage of water and food, in that way it is announced by the scientific expert Vaclav Smil. We should grow in the correct direction.

There isn´ t growth without risk. Each advance has a risk to be considered. Without data, we can´ t take decisiones. But even having the best numbers it should be consider the unpredictable, the no numeric aspect. It is easy to reduce the Co2 emissions in Denmark. But Nigeria today lives as the daneses in 1850, what they can be asked to reduce?

We are in a global economy , but it doesn´ t exist a global solution equal to all. The cost of reducing emissions it shouldn´ t be propotional, if not a la carte. It is not the same growing for surviving that for expanding the economy. An example is India. It is near to go beyonf China as the country with more population in the world (the ONU expects it by 2027), however, it consumes one third less of energy. It can not be measured the economy apart from the population. The dinamism is fundamental for maintaining it alive. Everybody knows that USA is the most dynamic economy in the world. China it could be bigger, but there are 1412 million of chinese and only 331 million of americans.

What is then the progress? Having the child population vaccinated, nourished, with a life expectancy that goes from the 40 to the 80 years and with an education and health guaranteed by the state? Spain is at the top of the life expectancy, together with Japan, despite nowadays Spain eats lots of meat. How much is a lot? During 1940 they were ate 8kg of meat per capita, now in 2021 near 200kg. Human being is omnivore. The key is in the “omni” that means “all”. It implies variety and not exceding with nothing. Without the synthesis of fertilizers there will be generalized hunger- without nitrogen plants will grow less and there will be for all. Fertilizers are not only use for increasing fortunes, also feeds global population. Global public health it isn´ t impossible, it´ s a challenge. Crops can be better planified and improved the fertilizers. Cows can eat alfalfa. We do not. But we don´ t eat only cows, we have to feed them. Almost everything in this planet is question of balance.

The country with most overweight is Arabia Saudí, with more than 70% of the population. A 12% of the global population is underfeed and a 75% overfeed. Obesity epidemic has more relation with poverty or with cars? The answer is multifactorial: genetic order, diet helps and the exercise or the activity compensates. Frugality is education? What is little? There is people that thinks that three cars are not very and others consider that one it´ s a lot. Education is not everything. High education only has one result that is the mayor probability of winning more money. But this data is not infallible, we just have to see the amount of graduates that are in Spain, however, they have seem forced to emigrate.

The world is a very complex machine. Where a risk ends, another starts. We just have to think in the pandemia. The world is a risk place where we should make decisions, where big decissions matters and they have an effect.